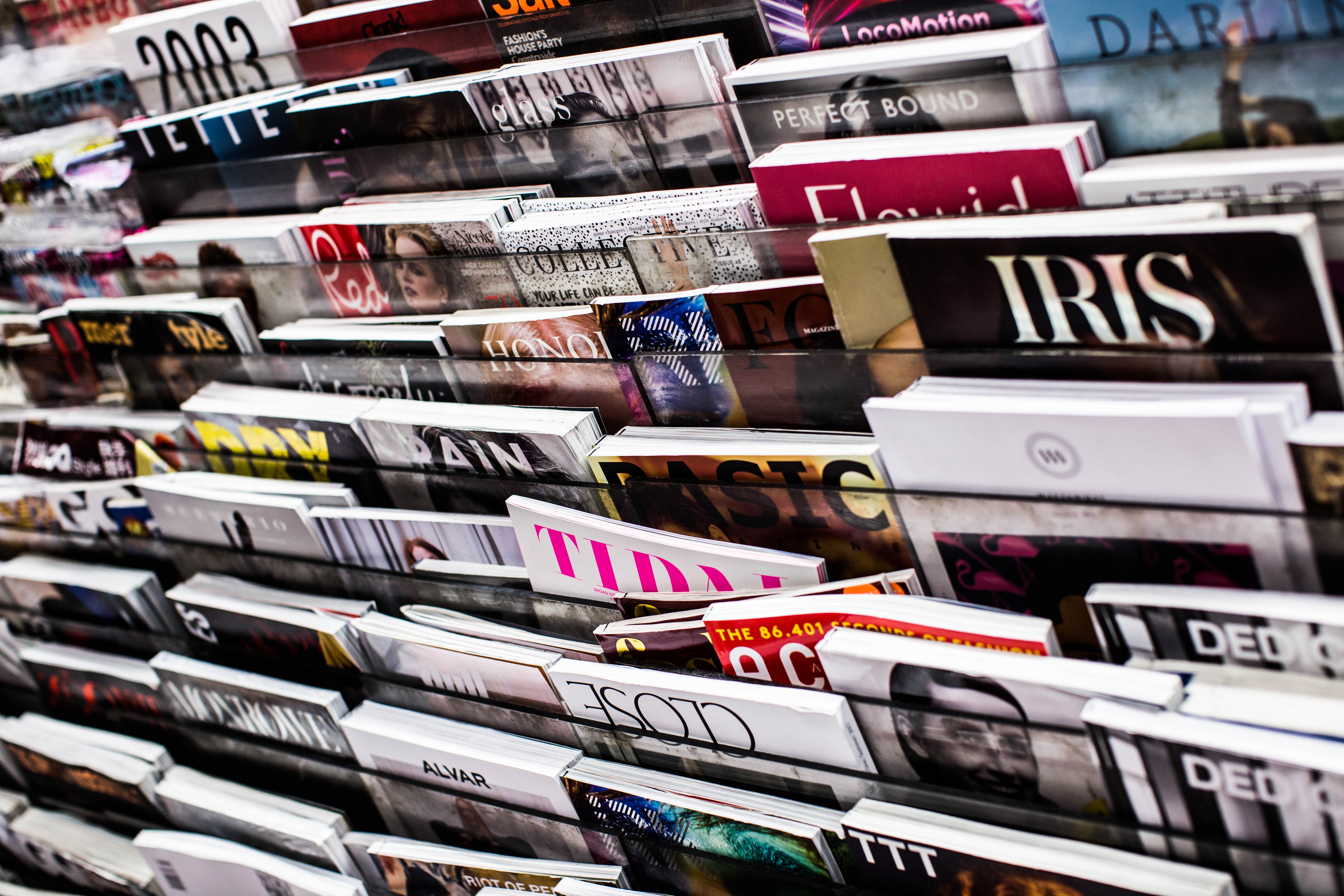 In these confusing times, it can be difficult to understand how to run.

Yes, you may think it’s just about putting one foot in front of the other and moving forward at speed, but really it’s much more complicated than that. Just going for a run without reading a magazine first is possibly the most dangerous thing you can do.

You might get hurt. Or killed. Or end up having a strawberry milkshake thrown at you.

To prevent such ills befalling you, Bad Boy Running has compiled a list of the top 40 magazines for runners:

Yes, that’s it. That’s all 40. There are no other magazines for runners worth reading.

You can go home now. Bye.

(Seriously, who reads magazines these days?)

Running a marathon can be a good excuse to visit somewhere new. Many city marathons are run in and around dramatic and historic cityscapes, but what if there was a way to enjoy your experience of the city without ruining it by running. Well, dear reader, read on to find the best places to visit instead of doing a city marathon…

To be fair, the route does pass near several of the city’s great landmarks. However, why not skip the boring runny bit and go and stand in a queue to see a crap painting of a lady smiling? Or perhaps stand in a different queue to go up a big pile of scaffolding? Or maybe try their latest attraction: the open air cathedral?

The marathon route goes past two, maybe three real landmarks – missing out some of the best that the city has to offer. Honestly, you’ll barely see a waxwork on the marathon course, but there’s a whole museum dedicated to them with a lovely queue on one of the city’s most overlooked dual carriageways.

Obviously, the marathon here has a considerable history, but if you’ve failed to qualify, or just don’t give a shit about running, why not get your history rocks off with a visit to the Plimoth Plantation living history museum. Here you can listen as hordes of schoolchildren are told about the life of the early settlers and how they got to be such good friends with the locals. If you really feel the need to get some miles under your belt, then Boston’s Freedom Trail could be just what you’re after. At 2.5 miles long it may seem a bit intimidating, but if you’re concerned then guided tours are available.

If you’re bothering to travel halfway around the world to get here, why would you bother wasting 2 – 8 hours running when there’s so much more to see? Why not visit the fish market, or the Big Wheel (which is a lot more exciting than it sounds, honest)

People come here to run their fast marathons because it’s flat and Germanly efficient, but if you’ve ambled flat out for 26.2 miles to get there, you’re hardly likely to give the 18th-century neoclassical monument you finish at the attention it deserves. Instead, go marvel at its twelve doric columns with a Weißbier in hand and soak in the history.

Did you know there was a marathon here? I didn’t. But who cares – you’re in Hawaii. Fuck the marathon, put on a grass skirt and go surfing or something.

Another flat, dull plod around a European capital. Unless you’re smacked off your face on mushrooms you could be frankly anywhere. Even Rotterdam. Take the day off, and go see some paintings, or a windmill, or spark a financial crash by buying tulips.

The city that never sleeps has heaps to do that doesn’t involve running. Frankly if you can’t think of anything better to do here then I despair for you. Have you heard of Times Square? Central Park? The Brooklyn-Battery Tunnel Ventilator Building on Battery Place?

Frankly if you’re going to run a marathon in Greece and not do the 150 miles from Athens to Sparta then you’re already taking the piss. Why bother? Go see the Parthenon, or the Temple of Poseidon, then drink a bottle of ouzo and listen to Melvyn Bragg explain about Pheidippides and the Persians.

It’s only 12 years old, so no-one’s really heard of it. Don’t bother – the Japanese have a really efficient public transport system so you don’t need to run between landmarks to visit them all. Grab yourself some sushi, watch some sumo wrestling and then go find a temple to zen yourself up. Oh, and if you see my woman, let her know she’s so good to me.

Your time is better spent literally anywhere, so long as you’re actually in Edinburgh.

I’m The Real Allie Bailey™ and I occasionally run, normally when it’s getting near to closing time. Since starting to listen to the BBR podcast I’ve managed to run slower than ever before, and have met a selection of the weirdest (and most wonderful) people on the planet. I treat running as a team sport, largely so I have someone else to blame, and thoroughly recommend rehydration using apple-based beverages. 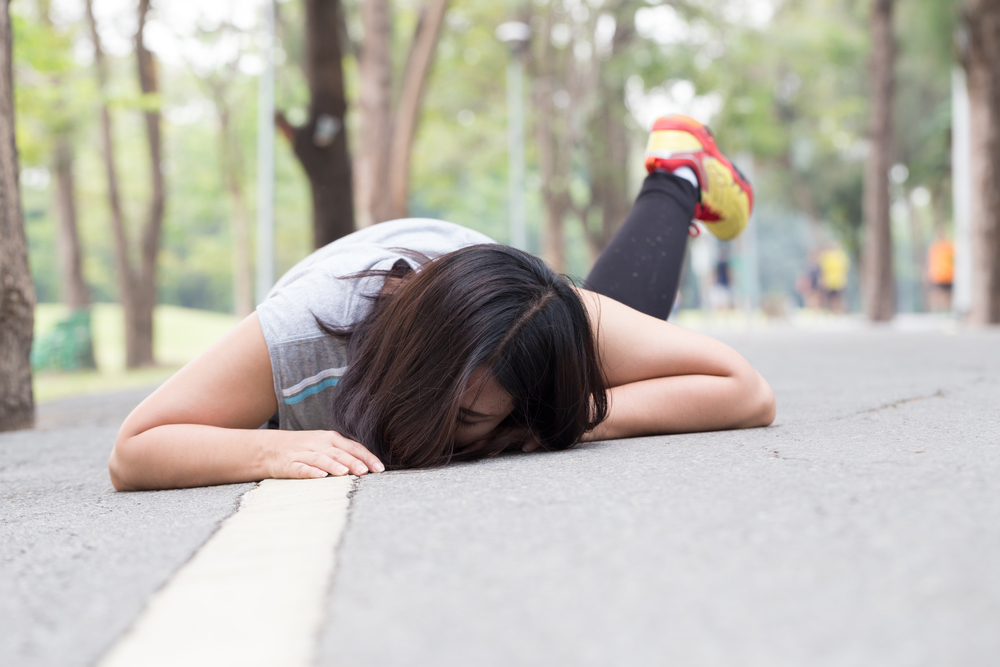 Keen to run a marathon but don’t want to run 26.2 miles? We’ve compiled a list of the best marathons that aren’t actually marathons.

If you’re thinking of running a marathon, a good start is to actually choose a race that is a marathon and not a race that isn’t a marathon. Unfortunately, Runner’s World doesn’t seem to understand the definition of “a marathon” and seem to think they can include any race at any distance and call it a marathon (seriously? Man vs Horse?)

We thought we’d go one better and make a whole list of non-marathons.

Quite incredibly, this makes this feature more accurate than theirs. Here’s a list of 10 marathons that aren’t actually marathons.

You’d be forgiven thinking Greater Manchester Marathon was a marathon by its name. Well, it is… unless you ran it in 2013, 2014 or 2015 when it wasn’t. For three years, the “marathon” was 380 metres short resulting in the retrospective invalidation of the times of 24,000 runners. Without any recourse. Nice. https://www.independent.co.uk/sport/general/athletics/manchester-marathon-too-short-by-380m-for-three-years-as-24000-runners-have-times-invalidated-a6995681.html

Everyone knows the City Boy Fun Run isn’t actually a marathon distance. It’s a little bit longer than that. So it’s not a marathon. Also, no-one knows how to pronounce it properly (even the organisers). The official organisers suggested 2011 was the hardest, sandiest year.

In scenes reminiscent of Brexit, one of the most damaging and long-lasting attacks on decency occurred in 1990 when Mars Corporation decided to change the name of the beloved nutty chocolate bar from Marathon to Snickers. Scenes were such across Britain’s confectionery stores that the government had to put on specialist helplines to deal with the fallout of this heinous change – not experienced in Britain for another decade when Unilever decided to change Jif to Cif. Monsters.

The very place in Greece that gave its name to the aforementioned race. Not an actual marathon.

Not so much a marathon as a series of consecutive races of indiscriminate distance. Certain to be longer than a marathon. Uncertain as to whether you’ll a) know where you’re going b) know why you’re doing this c) know how to get back to the start. Recommended (watching on Netflix).

A modern phenomenon, so-called when an individual or group of individuals watch a series of programmes or movies on the US streaming service Netflix. The consecutive viewing experience is what gives it the name “marathon”. Also, NOT a marathon. (Not to be confused with Netflix and Chill… although often combined).

7. The battle of Marathon

Not so much a race as a battle to stay alive, the battle of Marathon saw Greek forces pitted against an invading Persian army in 490BC. The Greeks won. Also, NOT a marathon.

Following in the footsteps of events that use the word “marathon” but aren’t, the Mid Sussex Marathon is not one but THREE races. Held across the May Bank Holiday weekend, when you run the Mid Sussex Marathon you run a 10 mile race on the Saturday, a 10 miler on the Sunday and a 10k on the Bank Holiday Monday (adding up to a marathon distance). Each race takes place in a different town in Mid Sussex allowing you to see the delights of Haywards Heath, East Grinstead and Burgess Hill. In one of those towns, running is the preferred and safest method of ambulation. Nice concept. Also, NOT a marathon.

Starring Dustin Hoffman and Sir Laurence Olivier, Marathon Man is a 1970s Nazi-chasing, suspense thriller from the story by William Goldman. There’s a great torture scene in it that will leave you never wanting to see a dentist again. There’s a bit of running involved. Also, NOT a marathon.

Ok, so it’s got the word “marathon” in the name but it’s obviously NOT a marathon. However, Brighton Half is special in that it’s not a half marathon either. For some years, at least. Unlike the Manchester Marathon disaster, Brighton Half actually measured the course TOO LONG in 2012. And just like Manchester Marathon, measured the course TOO SHORT for three years in a row. One time is a mistake, two times is just careless… four is, well…

The organisers have also experienced other failures, including being unable to arrange a piss-up in a brewery, getting laid in a brothel or, indeed, finding their backside with both hands.

So, all in all, NOT a half marathon. Or a marathon.