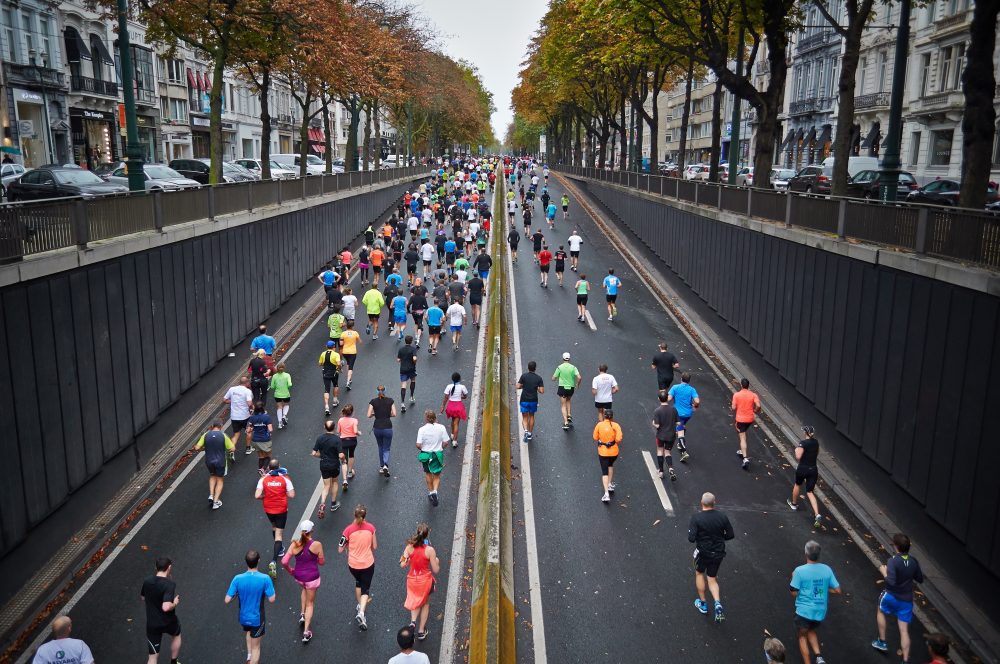 Running a marathon can be a good excuse to visit somewhere new. Many city marathons are run in and around dramatic and historic cityscapes, but what if there was a way to enjoy your experience of the city without ruining it by running. Well, dear reader, read on to find the best places to visit instead of doing a city marathon…

To be fair, the route does pass near several of the city’s great landmarks. However, why not skip the boring runny bit and go and stand in a queue to see a crap painting of a lady smiling? Or perhaps stand in a different queue to go up a big pile of scaffolding? Or maybe try their latest attraction: the open air cathedral?

The marathon route goes past two, maybe three real landmarks – missing out some of the best that the city has to offer. Honestly, you’ll barely see a waxwork on the marathon course, but there’s a whole museum dedicated to them with a lovely queue on one of the city’s most overlooked dual carriageways.

Obviously, the marathon here has a considerable history, but if you’ve failed to qualify, or just don’t give a shit about running, why not get your history rocks off with a visit to the Plimoth Plantation living history museum. Here you can listen as hordes of schoolchildren are told about the life of the early settlers and how they got to be such good friends with the locals. If you really feel the need to get some miles under your belt, then Boston’s Freedom Trail could be just what you’re after. At 2.5 miles long it may seem a bit intimidating, but if you’re concerned then guided tours are available.

If you’re bothering to travel halfway around the world to get here, why would you bother wasting 2 – 8 hours running when there’s so much more to see? Why not visit the fish market, or the Big Wheel (which is a lot more exciting than it sounds, honest)

People come here to run their fast marathons because it’s flat and Germanly efficient, but if you’ve ambled flat out for 26.2 miles to get there, you’re hardly likely to give the 18th-century neoclassical monument you finish at the attention it deserves. Instead, go marvel at its twelve doric columns with a Weißbier in hand and soak in the history.

Did you know there was a marathon here? I didn’t. But who cares – you’re in Hawaii. Fuck the marathon, put on a grass skirt and go surfing or something.

Another flat, dull plod around a European capital. Unless you’re smacked off your face on mushrooms you could be frankly anywhere. Even Rotterdam. Take the day off, and go see some paintings, or a windmill, or spark a financial crash by buying tulips.

The city that never sleeps has heaps to do that doesn’t involve running. Frankly if you can’t think of anything better to do here then I despair for you. Have you heard of Times Square? Central Park? The Brooklyn-Battery Tunnel Ventilator Building on Battery Place?

Frankly if you’re going to run a marathon in Greece and not do the 150 miles from Athens to Sparta then you’re already taking the piss. Why bother? Go see the Parthenon, or the Temple of Poseidon, then drink a bottle of ouzo and listen to Melvyn Bragg explain about Pheidippides and the Persians.

It’s only 12 years old, so no-one’s really heard of it. Don’t bother – the Japanese have a really efficient public transport system so you don’t need to run between landmarks to visit them all. Grab yourself some sushi, watch some sumo wrestling and then go find a temple to zen yourself up. Oh, and if you see my woman, let her know she’s so good to me.

Your time is better spent literally anywhere, so long as you’re actually in Edinburgh.

I’m The Real Allie Bailey™ and I occasionally run, normally when it’s getting near to closing time. Since starting to listen to the BBR podcast I’ve managed to run slower than ever before, and have met a selection of the weirdest (and most wonderful) people on the planet. I treat running as a team sport, largely so I have someone else to blame, and thoroughly recommend rehydration using apple-based beverages.